I have lived on the Fylde for 14 years, having grown up on the Wirral and worked in Chester for 10 years. I studied for a degree in Government and then worked in local government before moving to Lancashire to work with Enterprise (now Amey). I have previously managed EU funded regional policy projects in the North West and international donor funded projects in Eastern Europe. I now manage public service transformation projects for the company’s environmental contracts across the country. Before my daughter started primary school in 2011, I registered an interest in becoming an LEA governor because I wanted to get involved and to contribute to the life of a school. I was pleased when the LEA asked if I would be interested in becoming a governor at LSA because I expect my children will attend the school in the future. Outside of work, for almost 20 years I, along with three friends, helped publish a fanzine about Everton Football Club. Although I was born in East Lancashire I grew up and was educated in Worcestershire. I returned to the North-West in 1978 and am a resident of St Annes. Both of my daughters attended this school which is why I became involved. I have a BDes in Interior Design from the Royal College of Art but have had two changes of direction in my professional life; first in teaching and for the last 18 years I have been a bursar in a primary school in Blackpool. I have been on the governing body since 2002; firstly as a parent governor and more recently as a community governor. Having been involved in education in one way or another all my life, I am a firm believer in the importance of good quality education for all. I joined the governing body in the hope that I can contribute to ensuring that LSA continues to improve and develop. My outside interests include travel and walking both in the UK and abroad. 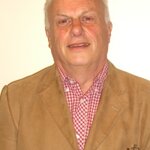 I was born and educated in Bridgwater, Somerset. I have a BA in Social Sciences and I am a fellow of the Chartered Institute of Library & Information Professionals. I moved to this area in 1980 from Sheffield. I spent 34 years in higher education, culminating as services director/head of department and member of the senior management team at Keele University, where I was involved with information management, IT, strategic planning and financial and human resources management. I am now an information industry consultant to private and public sector organisations in Europe, Asia, North and South America. I am married, with three grown up children, all of whom were educated at the school and my interests are cinema, theatre, music, current affairs and sport, particularly rugby union (I am an officer at Fylde). I became a governor firstly because the governance and management of a large secondary school interests me. I felt it was a role that I could bring something to; at Keele I was a senior manager responsible for 100 staff and a budget of £5m. I was also a member of the senior management team and have an awareness of all key issues in managing universities. My wife and I have always been committed to comprehensive education and are grateful to the school for the education of our children. I have also become a governor at Myerscough College, one of the UK's leading colleges for land-based studies, located near Preston. Chair and Member of Standards Committee

I was educated at Lytham St. Annes High School and Sixth Form (as it was then known), following early childhood in Accrington. I subsequently studied History at the University of Leeds before switching my academic interest and graduating in Philosophy from the University of Sheffield, staying on there for a further two years to study for an MPhil in Political Philosophy. I am a civil servant, having worked for the old Employment Service (now Jobcentre Plus) before moving in 2004 to the Child Support Agency (now, once again, part of the Department for Work & Pensions). My work in the latter organisation, in particular, has involved me directly in making decisions that materially impact upon at least one aspect of the welfare of many children and young people growing up in today's society, and has given me an appreciation of the often difficult backgrounds of many children of school and college age. I became a Parent Governor at Lytham St Annes Technology & Performing Arts College in February 2009. However, since September of 2012 I have served on the governing body as a Community Governor, and was recently elected as Vice Chair of the governing body. My particular interests as a governor are in teaching standards, the quality of the education and overall school 'experience' provided, and student welfare issues. For those reasons I sit on the ‘Every Child Matters’ Committee, which I chair, and the Curriculum and Standards Committee, of which I am Vice Chair, as well as being a Director of the Lytham St Annes Learning Trust. My interests outside of work (and my school governor duties!) include serious classical music/opera; theatre; politics; both participating in and watching sport, particularly football (I am a lifelong Arsenal supporter) and test cricket; good food and wine; and European travel. 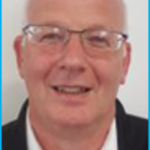 I grew up in Kirkby, Liverpool, then moved to London whilst undertaking my teaching degree and stayed until 1987, when I moved back to the North West. During my time in London I was employed by the YMCA and taught in Croydon. I moved to St Annes in 1996 to take up the post of Executive Director of the local YMCA, a post I still hold. Since I started, Fylde Coast YMCA has seen significant growth as an organisation. In 1996, the organisation employed just 9 staff and consisted of a small community centre with a turnover of £90,000. Today Fylde Coast YMCA consists of 22 individual YMCAs, a staff base of 570 and an annual turnover of £9.5million. During that time, the YMCA has built a strong relationship with LSA, to benefit the young people attending the school. My interests outside the YMCA include all things sport, and my family. 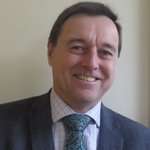 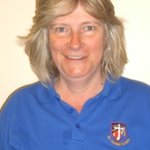 I was born and brought up in Ashford Middlesex, near London, and attended the local Primary school and Grammar school. I went up to Cambridge in 1980 to read Natural Sciences, subsequently extending the course by a year to incorporate a degree in Education. I have worked as a Primary School teacher since leaving university (1984) and since 1993 have worked at St. Thomas' Primary School in St. Annes, where I teach Year 4 and am the Science and Music coordinator. I run the school choir and band, oversee the instrumental tuition and particularly enjoy organising the school drama productions and concerts. I am married to Ian and we have two children: Ellie (18), who attended the school and sixth form and is now studying medicine at Nottingham University, and Adam (11), who is greatly enjoying his first year at the school. I have been a governor at this school since 2006. Having also been a governor at St Thomas' Primary school for many years prior to that, I knew how vital it was to have an effective governing body, and in becoming a governor here I hoped to use the expertise I had already gained to make a contribution to this school. I also felt that my ability to see the school from many different angles - as a parent, as a teacher and as a member of the local community - would give me a wide perspective on the issues and enable me to take an objective view when making decisions. I am a member of the PCC of St. Thomas' Church in St Annes, where I sing in the choir and occasionally play the organ. I am also a member of St. Anne's Parish Operatic Society and love taking part in their summer musicals and concerts. For relaxation I go horse-riding, swim and walk the dog (though not all at the same time!) 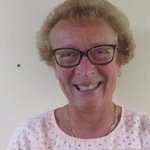 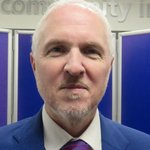 Member of Standards and Resources Committee 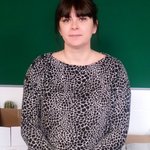 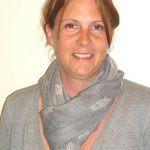 I have lived in the Fylde area for most of my life apart from a few years when I was a nanny for an Ex Pat family living in Brussels. I went to school at Hodgson High School, in Poulton Le Fylde and then on to Blackpool Sixth Form. I have a BA(Hons) in Race and Ethnic Studies and a PGCE in post compulsory education and training. I spent a number of years working for Connexions and delivering information, advice and guidance around careers and having a successful transition into adulthood to a number of schools across Fylde and Wyre. I also worked in the community with disenfranchised young people who were at risk of ‘dropping out’. I also worked with young people who were at risk of homelessness with the Fylde Coast YMCA at Harbour House. I currently work as an Equality and Diversity tutor and moderator. I wanted to become a parent governor because I believe it is important to have an interest in your local community and the school represents the future custodians of our community and every walk of life within it. I enjoy keeping healthy and being outdoors. I am either seen walking, running or cycling my way around Lytham St Annes. I enjoy current affairs, reading, travel and trying new experiences. 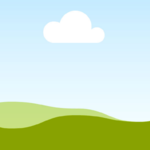 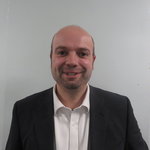 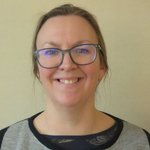 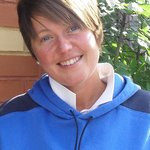 I am originally from Burscough in West Lancashire and moved to the Fylde coast after starting teaching at LSA. I joined the PE department at LSA in September 2005. I hold a BSc (Hons) degree in Sports Studies from Chester College University. As a PE teacher I try to practice what I preach; playing netball, running, cycling and skiing as often as possible. For the past 13 years I have spent my summers working in America teaching swimming to girls in High School. I am also a qualified ski instructor and spend some of my school breaks instructing children and adults in the Austrian Alps. I enjoy contributing to the development of the school for both the staff and pupils.